Your bike is a mess? We can give you some easily done basic bicycle care steps that’ll rejuvenate most well-ridden two-wheelers. And the same tips can keep a new bike running and looking new for as long as you want.

Probably, the number one reason bikes fall apart is because people ignore the tires. Here’s what happens: Bicycle tires have very little air in them. And bicycle tubes, which are made of butyl rubber, are porous enough to allow air to seep out.

The result is tires softening over a period of about a week for road bikes and about a month for mountain bikes (though it depends some on tire size).

When the tires get soft, bad things happen. Some folks decide to stop riding the bike because they think they have flat tires and they put off getting the flat fixed because it means loading the bike in the car and dragging it down to the bike shop.

Lube It or Lose It

A bicycle is made up of a bunch of moving metal parts, many of which are meshing with each other. In order to keep these parts from grinding each other to dust as you pedal merrily along, they should be lubricated.

Spinning parts containing bearings, such as the wheels, pedals, bottom bracket (what the crankset is mounted to), and headset (the mechanism that connects the fork to the frame and allows steering), come from the manufacturer packed with grease. About once a year, these components should be dismantled, checked and regreased. But, because special tools are needed and the work is required only occasionally, you may prefer to leave this job to a bike shop mechanic.

Mountain bikers, especially those who ride in the mud, should keep a cleaning kit in the corner of the garage ready for use at ride’s end. All that’s needed is a bucket with some sponges and dishwashing detergent and a nearby hose.

When you return from a ride, prop the bike up and spray off the majority of the mud and muck with the hose. It’s crucial to not blast the water sideways at the bike. Doing so may force the water into the pedals, hubs and bottom bracket, which may compromise the grease and bearings inside these components. Instead, spray water only from above and don’t ever direct it toward greased parts.

I tell everyone to store bike(s) inside. It’s the best way to keep them running and looking like new. And it doesn’t take much in the way of space or supplies. The only item needed is a bike hook. These are shaped like question marks and coated with vinyl so as not to scratch the wheel when you hang the bike on the hook.

Install the hook in a stud in a wall or a rafter or beam; anywhere where the bike can hang vertically is fine. I’ve seen bikes stored in stairwells, bathrooms, bedrooms—anyplace you can find dead space is fine. It’s also possible to use two hooks and hang the bike horizontally, one wheel on either hook. 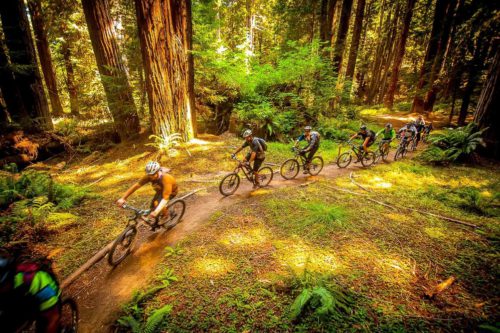 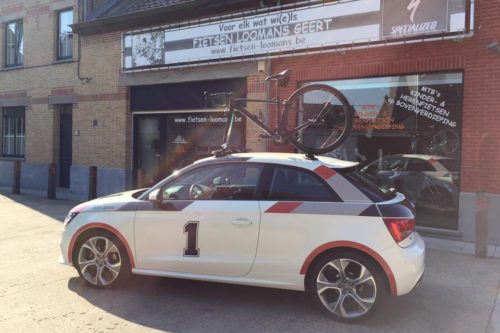